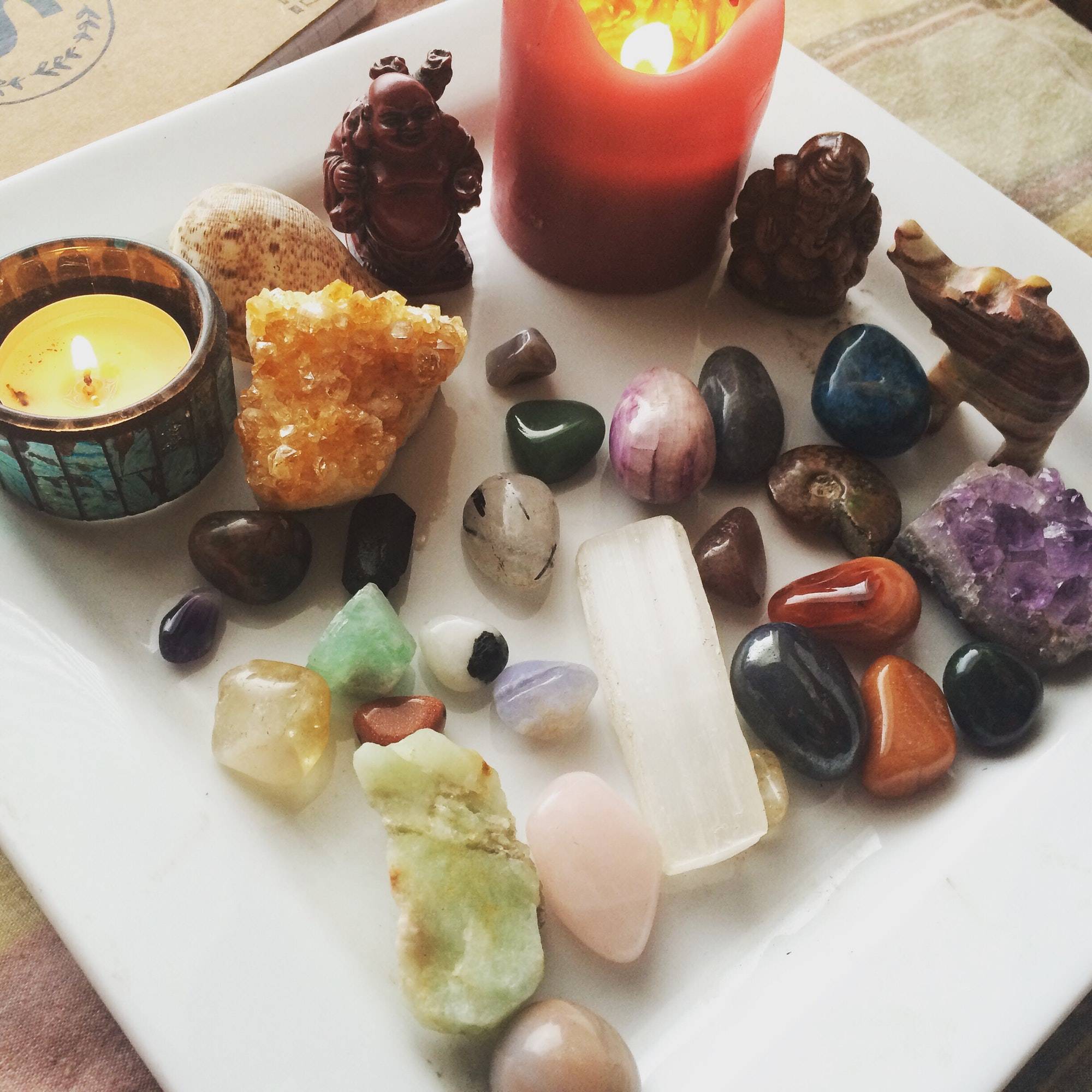 Crystals absorb energy from their surroundings, which means they will absorb positive & negative energy from anything & everything that comes near or touches them.

If you’ve bought or found a crystal, it will have an energy imprint of everyone & everything that’s ever touched it – unless you have bought it knowing it’s been charged for a specific purpose.

There are several ways you can cleanse your crystals, I will tell you about some of them below.

These are in my opinion the safest ways to cleanse crystals, due to the fact that some crystals will dissolve if they come into contact with water.

Smudging is another name for clearing negative energy from a room, house, crystal & yourself.

Everything picks up positive & negative energy, even you.

One of the best ways to get rid of the negative energy is to smudge the area.

The best time to do this is when you’ve bought a new crystal.

When you have been smudging yourself & your crystals for a while, you will know when something needs cleansing.

I find when I’ve been doing tricks with my crystals, I have to smudge them after each trick.

You can use several different things to smudge an area, object, or yourself.

I am going to start by telling you about sage.

A lot of people think that smudging was discovered relatively recently, but, Native Americans used smudge sticks for purification, getting rid of negative energy, protection & healing.

You can buy sage smudge sticks, incense sticks & loose sage. They all do the same thing, so it’s whichever one you prefer.

I use a combination of all 3.

You will need a sage smudge/incense stick or loose sage, a lighter, a fireproof bowl with some sand in the bottom & a feather to move the smoke around.

I use a BBQ lighter, instead of an ordinary one because the flame can’t burn my fingers.

Make sure to open a window to let the smoke take the negative energy out of the room & away from you.

Not only that, but it will stop the smoke alarms going off.

Before you start, you can ask the spirits of the sage plant to help you get rid of the negative energy, it might help you to connect to your crystals better.

Some people say they feel better if they have thanked the spirits before using the sage.

Make sure you have everything you need nearby; light the smudge/incense stick or loose sage, let it burn for 30 seconds, then gently blow out the flame.

Be careful not to blow too hard, or a piece of lit sage will fall on the floor, keep the bowl under the sage at all times.